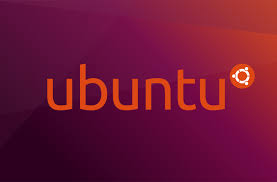 Although Windows has the majority of support for gaming there really isn’t much else (apart from vulnerabilities) that the OS is good for other than general hacking potential compared to alternatives that are out there.

The main other operating systems are Mac, which is basically an Apple product and comes with a hefty price tag and something that is open source and free such as Linux. Both Mac and Linux share similarities when used, especially in the command terminal but for me I would say that a version of Linux is the way to go.

Both Windows and Mac options have their benefits and uses so don’t be reading this as a rant to dump these options because it’s not. However…… If you are someone who simply wishes to browse the internet, be secure, download stuff, go on social media, listen to spotify, stream content and not pay a price for doing this then I would take a look at a version of Linux.

Linux has evolved and improved over the years and has become a more user friendly OS (if using one with a graphical interface) with more and more things are becoming supported as time goes on. Most web pages, ATM machines you visit and use including this site is even ran by a version of Linux without you even knowing about it.

If you are wanting to jump in and give Linux a try then I would suggest trying either Linux mint for a low end PC or Ubuntu for others. Both have a user interface that is easy to navigate and have tons of features available.