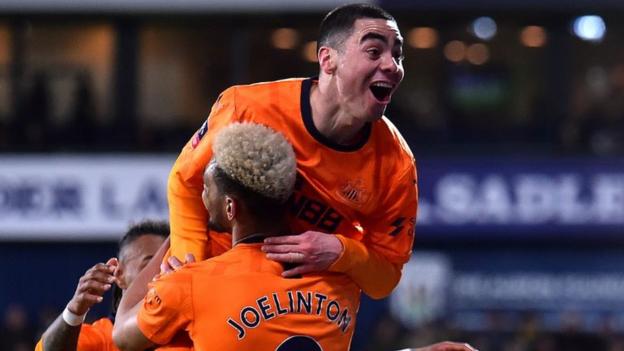 Well well well! Newcastle beat West brom by 2-3! What can I say about this match!?

The game itself was end to end in the first half with Almiron doing justice with two goals that were well deserved and spectacular. The game ended at first half 0-2 which was probably more than anyone expected.

The second half started the right way with a further goal but West brom had other ideas. Shortly after this, West brom scored, unresting Newcastle but at this point I felt Newcastle had done enough.

Later in the game in late time, West brom scored further making it 2-3 so worry started to kick in.

Game ended as 2-3 with no extra time so all was worth it and Newcastle are now through to next round.