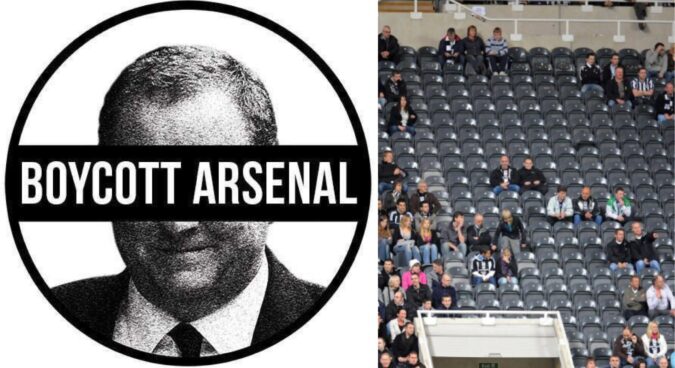 It’s nearing the time when the premiership football returns which brings back football to our eyes. During this scarce period of football I’ve enjoyed an all inclusive week in Menorca with the family and watched the horrendous asian cup match between wolves and Newcastle.

Alongside this, cabbage head Steve Bruce was appointed “head coach” to may I add avoiding uproar calling him a manager since Rafa leaving.

Mike Ashley is still owner of the club and although digging into his pocket buying some needed players after selling players, he’s still a parasite to the club and we need to remember this fact!

Newcastle host Arsenal on Sunday which is televised on sky and what better opportunity can you get to stay away from the grounds, show all the viewers watching this on TV an empty as possible stadium? The answer is never!

I’m hoping it’s as empty as my bank balance just before payday and people boycott the game, showing the world the empty stadium may bring further pain and attention to get the fat man out.

So sit back in a pub somewhere, enjoy the game but whatever you do, don’t fill the fat cockneys wallet. #boycottarsenal